I interned at DoorDash in San Francisco this fall and also did a bit of traveling.

Interning at DoorDash, the market leader in food delivery, was so exciting. For my first project, I served a new carousel on our feed page, which took about six weeks. The carousel retrieved the user’s most recent order and recommended similar stores to the user. I created the entire system end-to-end, from the developing the machine learning algorithm and creating an ETL, to reading from recommendations from our search service database, and to finally serving the carousel from the feed service. Every week, I felt like I was leveling up.

One important lesson that I learned is that deep learning is not always the best solution. I spent about a week working on how to tag items with their food types. At first I came up with a deep learning solution using BERT and new pre-training tasks, but after manually evaluating a couple hundred samples of data myself, I realized that a rule-based approach is most appropriate. 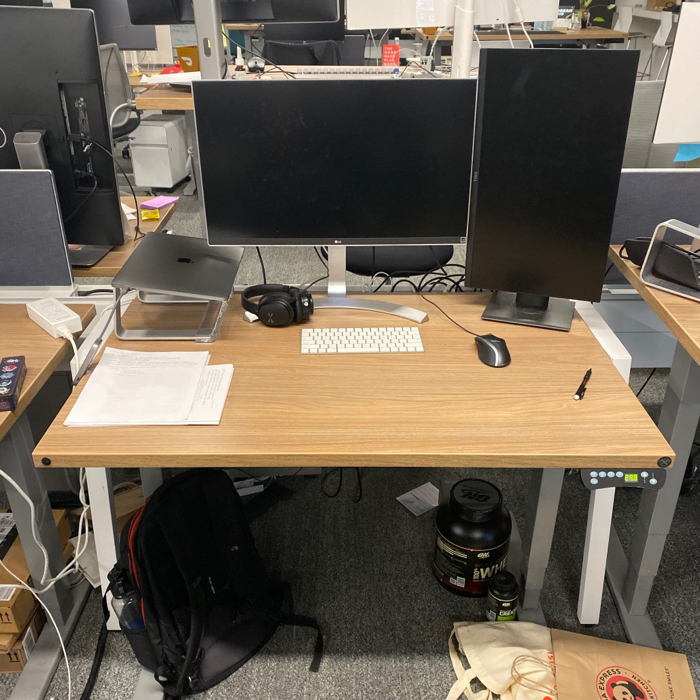 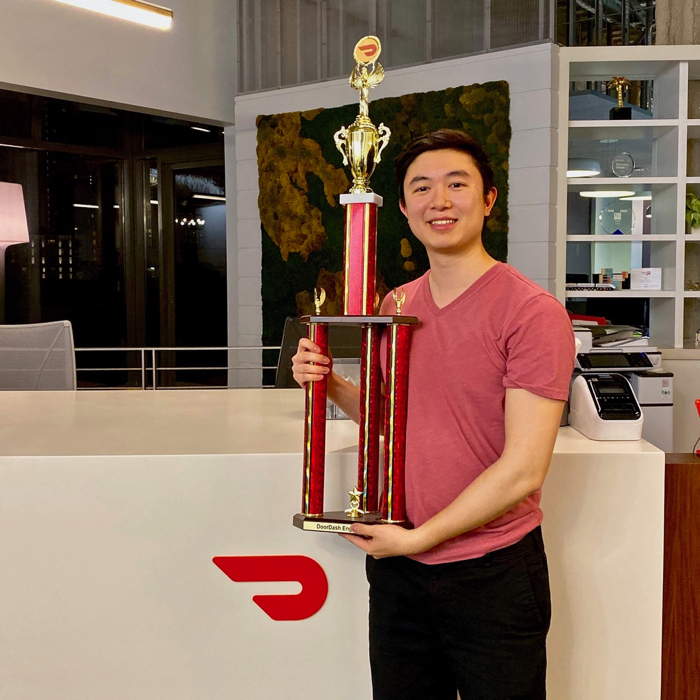 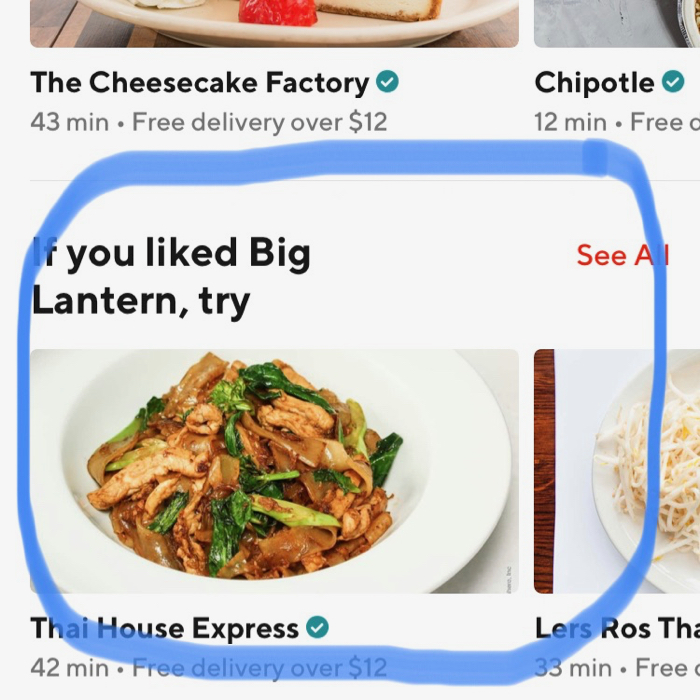 Left, my desk at DoorDash; middle, not my trophy; right, the carousel I made.

Being back in the city again was fine, except this time, many of my Dartmouth and Blend friends, who were here over the summer, went back to school. From Sep 27 - Oct 31, I lived in the Winsor Hotel, a one-star temporary housing unit just one block away from the DoorDash office. The price was good for my own room with a full-sized bed, but the location was not so great.

Later, I moved back to the student homestay in Chinatown where I lived for the summer. 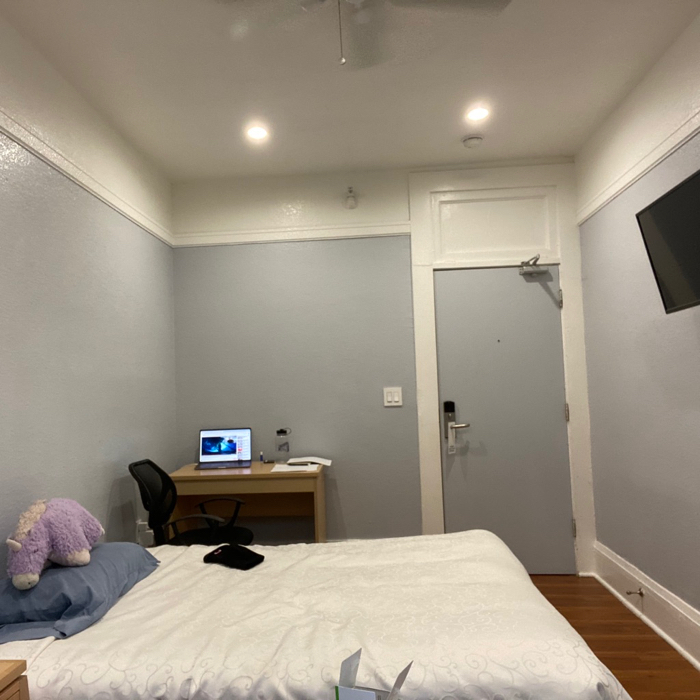 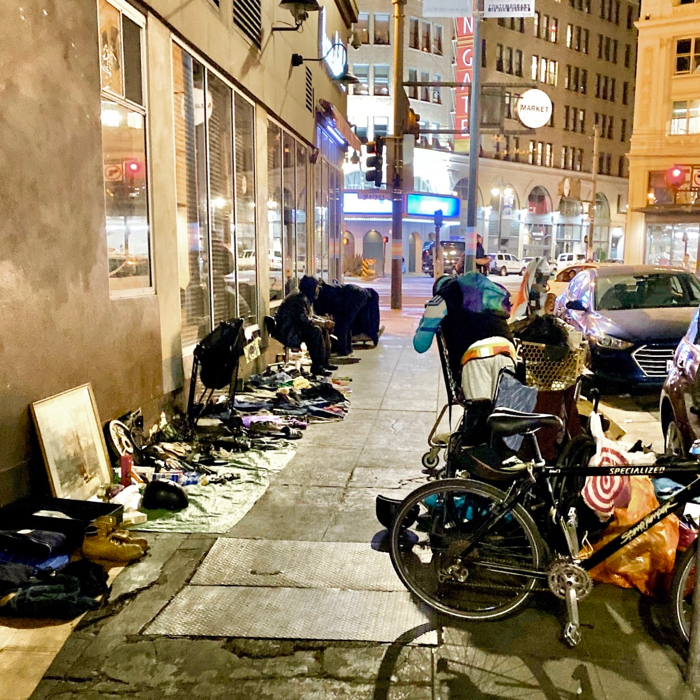 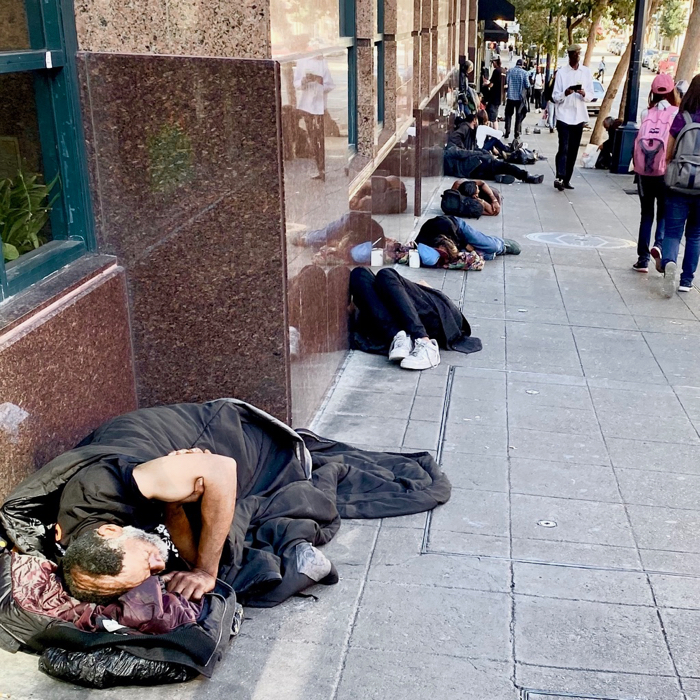 Left, my room at the Winsor Hotel; middle, 6th street; right, the Tenderloin.

My data augmentation paper was accepted to EMNLP, and so I and Chengyu, a co-worker from Protago Labs went to Hong Kong from November 3-7. The first day, I went to Deep Learning for NLP and Conversational AI tutorials, which were good. The second day, I went into the city to see the Tsim Tsa Tsui Promenade, the glamorous K11 mall, and Victoria’s Peak.

Some lessons that I learned from the conference:

On the third day of the conference, my friend June and I took a cable car across the island to see the Tian Tan Buddha. I loved the views from the cable car, and the Hall of One-Thousand Buddhas was beautiful. That evening, we went to Hong Kong Disneyland, for which the conference had rented out Tomorrowland exclusively for EMNLP participants. We enjoyed the buffet dinner and went on the Star Wars, Iron Man, Ant Man, and Small World rides.

The last day, I presented my poster during the last session. It seemed, however, that there was less interest than when I had previously presented at ICLR. I had also added a sign saying I was a prospective PhD student, but unfortunately no professors came to talk to me.

Throughout the conference, I frequently went to the hot tub and sauna at our hotel, which was a great place for me to get away from all the sounds of the city and spend some time alone with my thoughts. 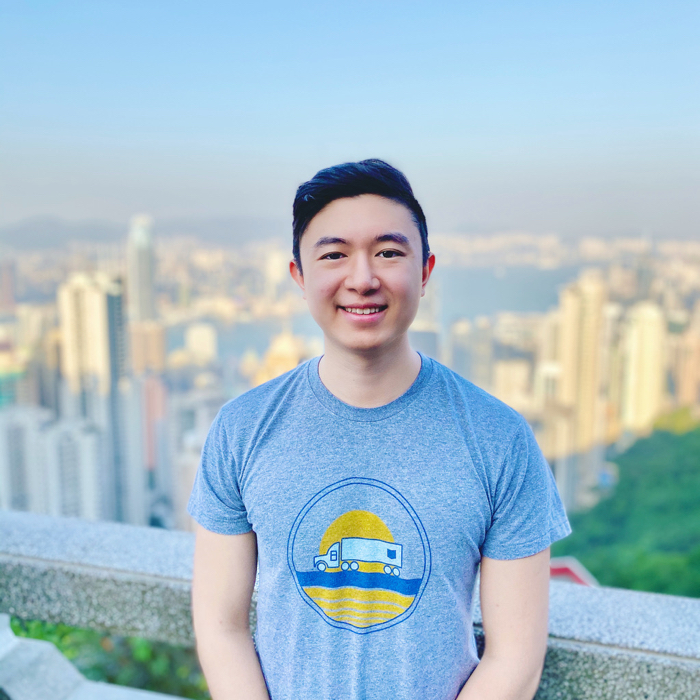 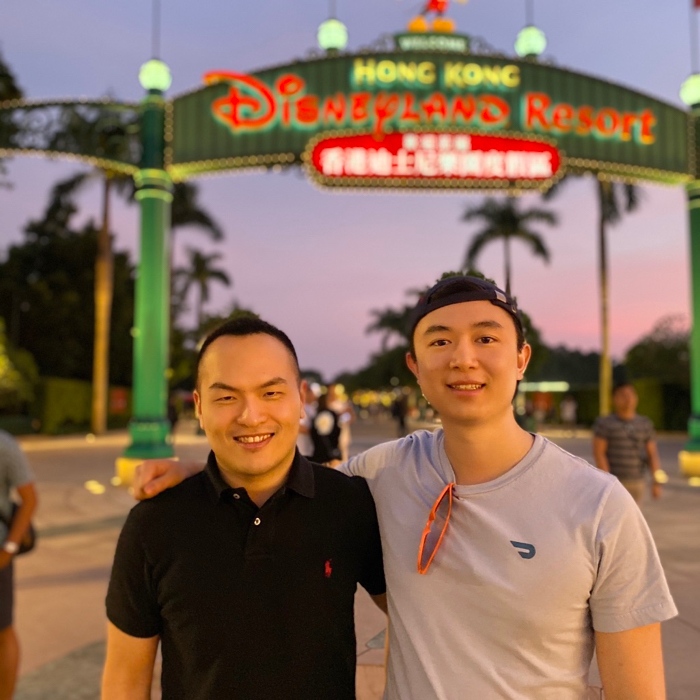 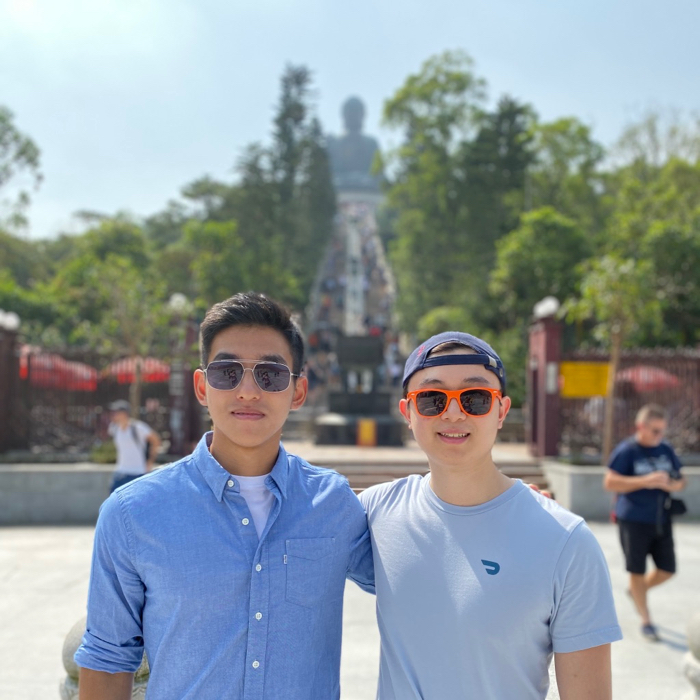 I went to Vancouver for one day to attend the Machine Learning for Health Workshop at NeurIPS. It was pretty surreal seeing my brother, a high school student, present his work to over 500 people as a spotlight talk. The recording is here (starts at 18:15). I’m so proud of him.

I didn’t have enough time (i.e., wasn’t self-motivated enough) to do any projects by myself, but my brother’s paper was accepted to the machine learning for health workshop at NeurIPS.

Moving forward, I will try to see research as a creative art rather than a technical exercise, and approach it with an attitude of fun.

I originally had hoped to hit 2 plates on the bench press by the end of the year, but I didn’t even come close. I worked out at 24-hour fitness, sometimes with my friend Ashar, but was set back by various things.

Meniscectomy. Last December, I had hurt my knee from squatting, which led to an IT band injury. After playing tennis while I was home, I felt more pain, so I went to see James Chen, an orthopaedic surgeon in SF. I got a knee MRI and Dr. Chen told me I had a sizable tear in my meniscus. On November 22, I had a partial meniscectomy, a simple surgery. The recovery, however, was not as easy as I thought it would be. I bought an ice therapy unit, which I used three times a day for five days, and worked from home for the next week. After exactly two weeks on crutches and some quad-strengthening exercises, I was able to walk again and was feeling better. I was not very productive throughout the whole process, and I realized that I take good mobility for granted.

Nose surgeries. I saw Dr. Jacob Johnson, an ENT in SF. I had a turbinate reduction, a small procedure to help with my breathing/snoring. So far, it hasn’t felt like anything changed. I had also scheduled a non-invasive balloon septoplasty for the last week, but I ended up getting sick so we couldn’t do the procedure.

Getting sick. I got sick with a runny nose, sore throat, and cough about ten days after my surgery, which turned out to be Moraxella catarrhalis. I felt a bit better after taking Augmentin antibiotics, but then after I worked out hard at the gym, my cough came back even worse and I still don’t feel well. 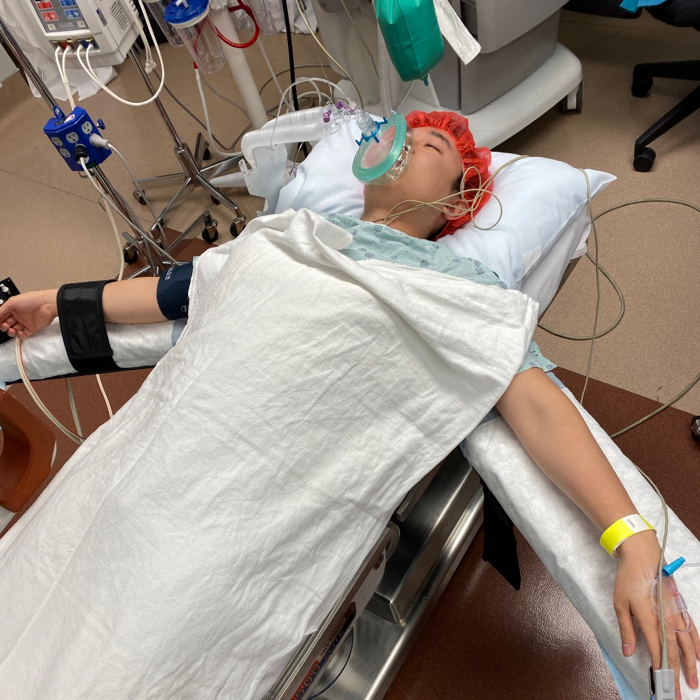 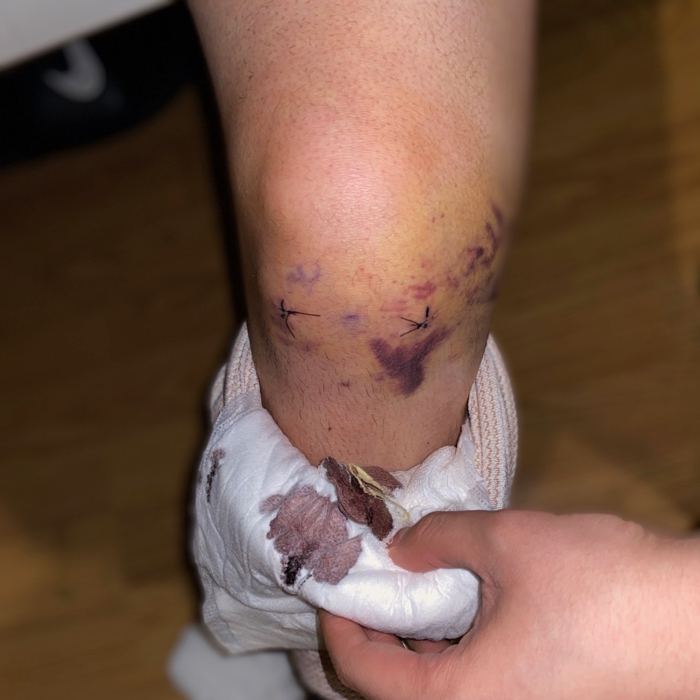 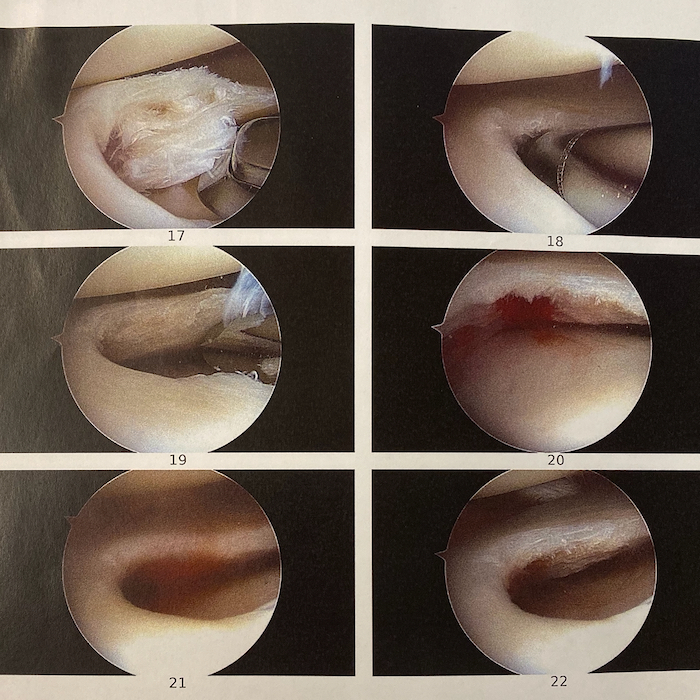 The Last Lecture. Randy Pausch, a computer science professor at CMU, gave a “last lecture” after being diagnosed with pancreatic cancer. I admire Pausch’s communication so much. Here are some of the pieces from his book and their takeaways (Chapter #):

His final remarks, which he addressed to his family, touched me dearly.

Everything is F*cked: A Book about Hope. I was excited to read this book because I liked The Subtle Art of Not Giving a F*ck so much. I had a hard time getting through the first half, which talked about this struggle between your feeling brain and your thinking brain (i.e., doing what feels good versus what you know is good in the long run). In the second half of the book, however, Manson brought to light many important concepts.

I plan to read this book again in the future and re-evaluate it.

This term, I learned a lot about software at DoorDash, did a bit of traveling, and got through a surgery. Compared with other terms, however, I did not do as much. And even more importantly, I didn’t give recruiting or PhD applications their due diligence in effort. I also didn’t get to spend any time on research. I really dropped the ball.

I liked this Paul Graham quote:

The most dangerous liars can be the kids’ own parents. If you take a boring job to give your family a high standard of living, as so many people do, you risk infecting your kids with the idea that work is boring. Maybe it would be better for kids in this one case if parents were not so unselfish. A parent who set an example of loving their work might help their kids more than an expensive house.

You probably think it’s silly for me to post the details of job offers that I got and didn’t get, but I don’t care. I’m an advocate for transparency, and new grad offers are usually pretty standard, and so here it is:

While we’re here, I am working on being more comfortable with rejection:

I want to visit Cappadocia, Turkey.

This summer, I worked on a couple of projects and played a bit of tennis.

For my senior spring, I lived at home, got in a daily routine, and spent a lot of time on research.

For my first term in the new decade, I started a senior thesis, got accepted to grad school, and lived in my fraternity house.

I spent the summer in San Francisco working as a software engineering intern at Blend. Like some other terms, I grew tremendously, both personally and professionally.