For the spring-summer interim break, my friend June and I went on vacation in Australia and New Zealand. It was the first time I had planned a trip on my own, and it was a great experience.

The Opera House: The first day of our trip, we went to see the Sydney Opera House and Harbor Bridge. The architecture of the Opera House is absolutely stunning and we spent many hours looking at it. Arriving on adrenaline and jetlag, eating at the Opera House restaurant on the waterfront felt so surreal.

The City: The next day, we traveled around various areas of the city. We took some photographs at the Royal Botanical Gardens, then took the ferry to Darling Harbour to visit the Chinese Garden of Friendship. Built to symbolize the friendship between Sydney and the Chinese, the large Chinese Garden felt misplaced within the Sydney skyscrapers. But given the number of Chinese people we saw on the train (over 50 percent), it makes sense that the Australian government approved for such a large asian garden to be built in the city. We visited Newton to explore some of the graffiti in the city, and then headed to Mr. Wong’s, a highly-rated Chinese restuarant in the city. Growing up in a Chinese household, I rarely went to Chinese restaurants, but this one was amazing (I’m going to try to recreate their fried rice when I get home).

Baxter’s Inn: Later in the evening, we went to Baxter’s Inn, apparently rated the 12th best bar in the world. It was in a dark, hard to find alley downtown. There was just a bouncer standing in the corner, who checked our IDs and showed us down an unmarked staircase. The door didn’t even have a sign, and it was like entering a fraternity basement, but I suppose that was part of what made it so special. Walking in felt like going into a speakeasy from the 1920s. We ordered drinks at the bar, where the bartender told us he could make literally anything. The service and drinks were great, and I tried absinthe for the first time. Baxter Inn’s atmosphere was so intentional yet natural. 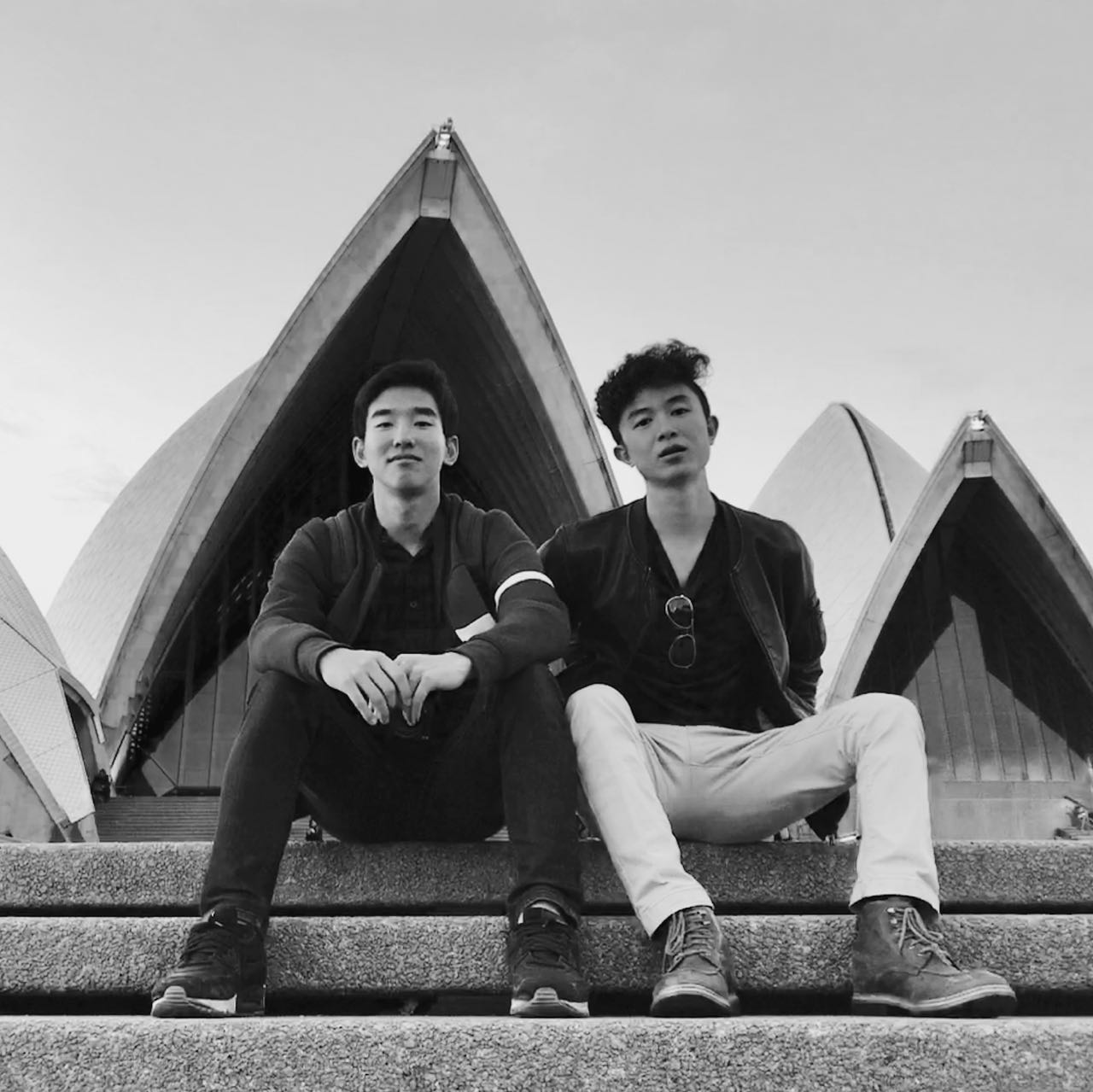 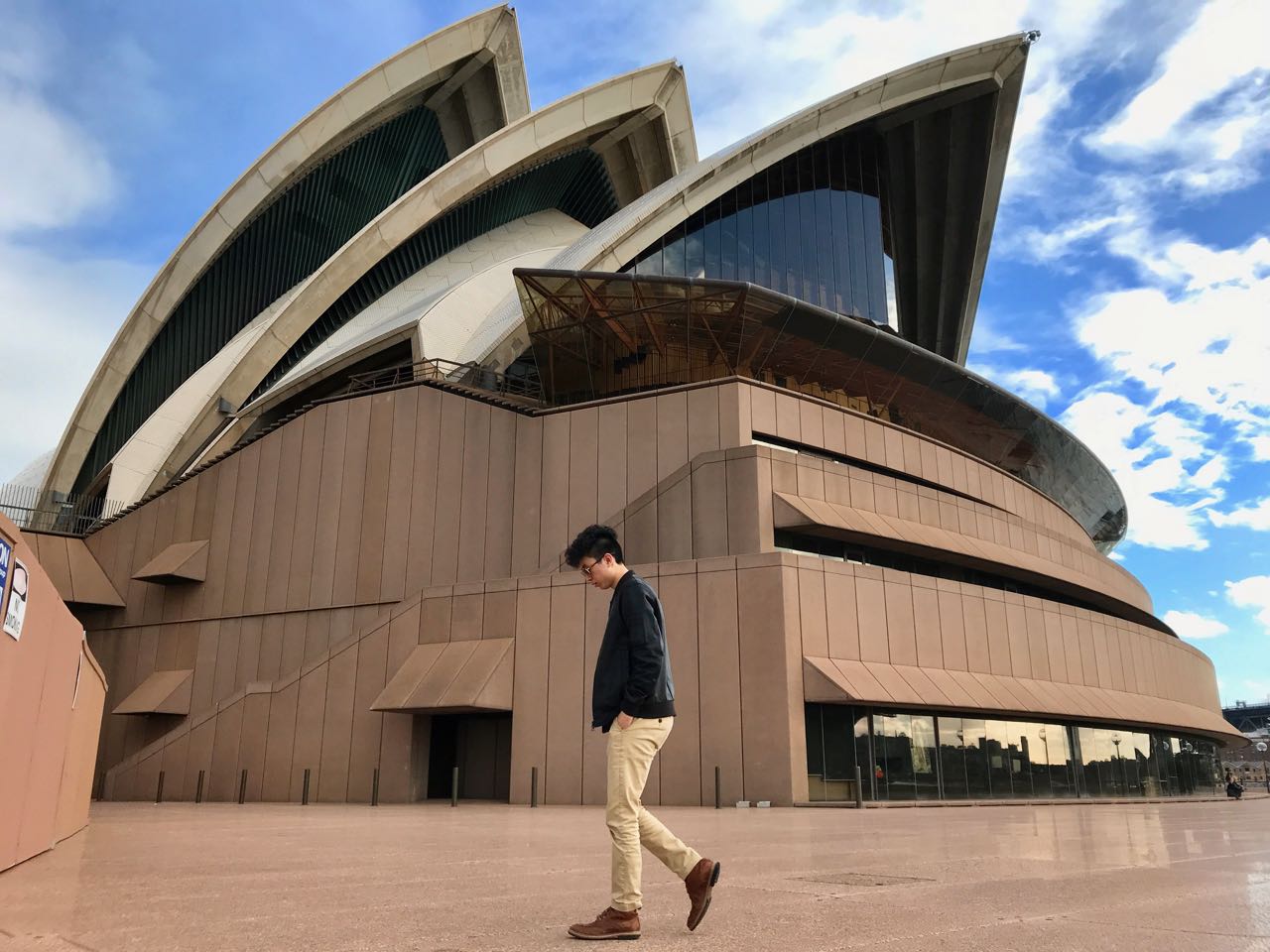 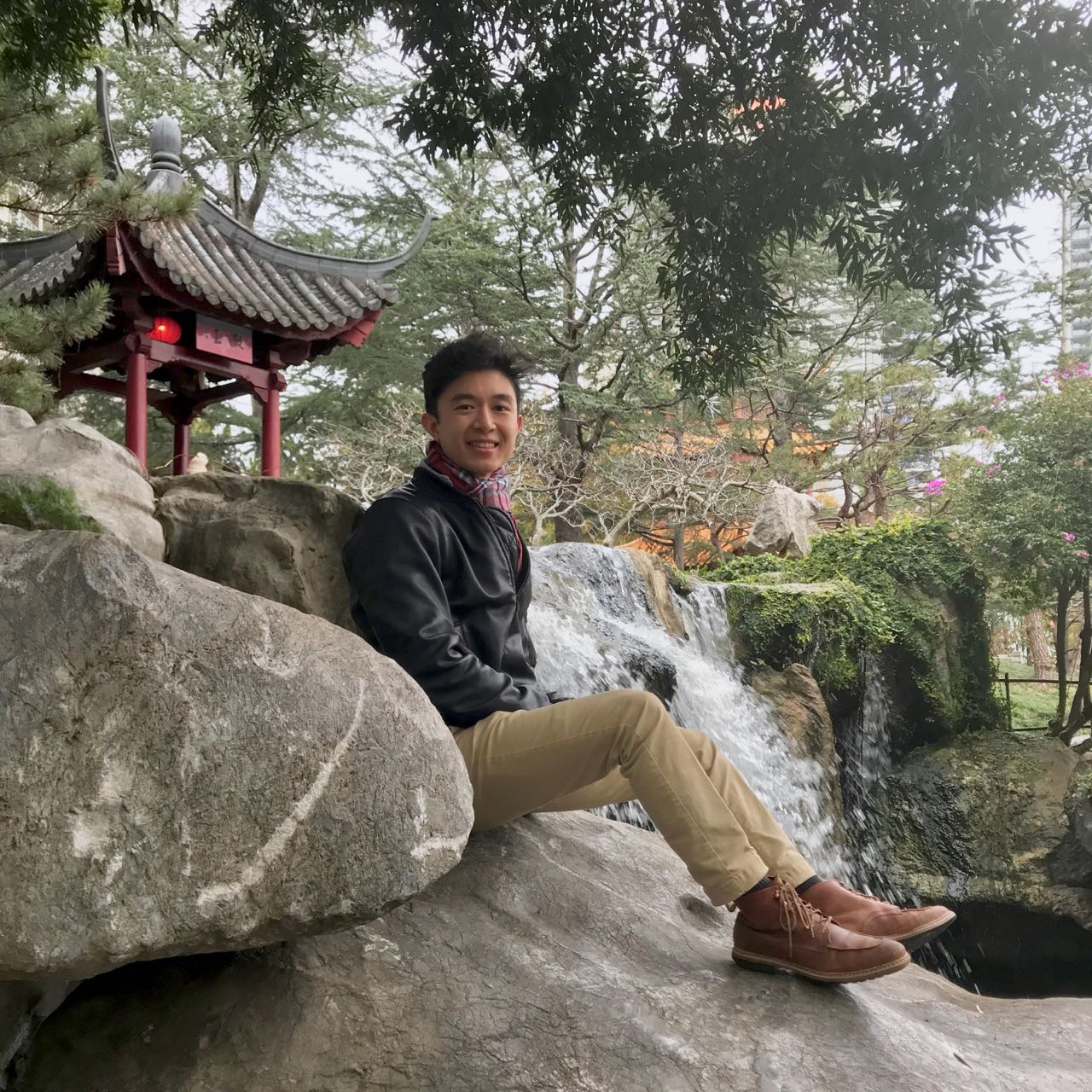 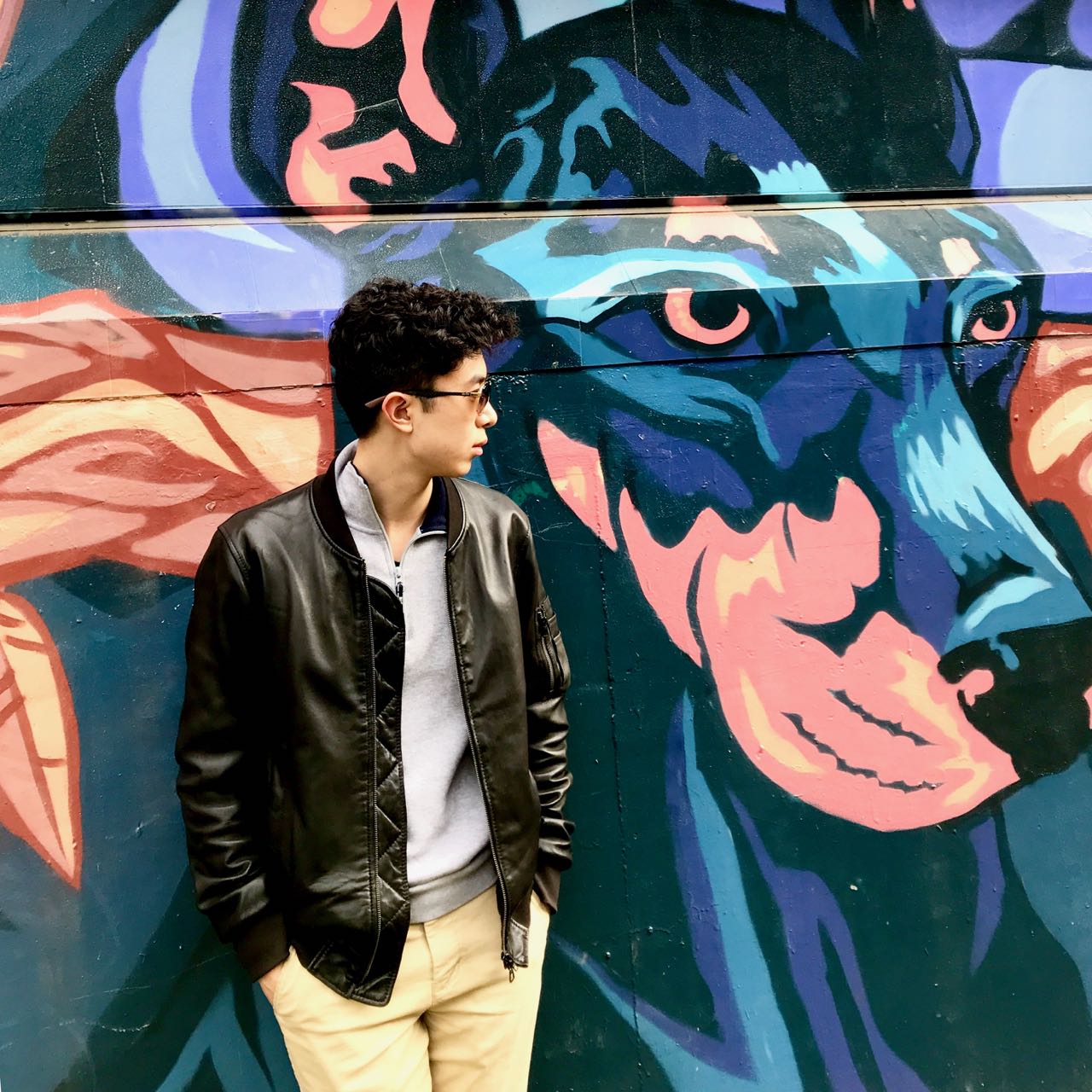 Melbourne: During our day in Melbourne, we went up to the Eureka Skydeck to see the view. It was nice, but nothing special compared to other cities. The nightlife, however, was better than Sydney in my opinion. The streets were filled with interesting shops, and every alley had a life of its own.

Great Ocean Road: Taking a bus down the Great Ocean Road of southern Australia was so scenic. The roads were windy and right on the shoreline, though the lanes were really narrow and I was scared that if the driver went two feet off the road we would fall off a cliff and into the ocean. We saw the twelve apostles, which I thought would be similar to rocks at the black sand beach in iceland, but it was much larger. I probably could have spent a whole day looking at the rock formations and listening to the waves, but unforunately our stop was only an hour. 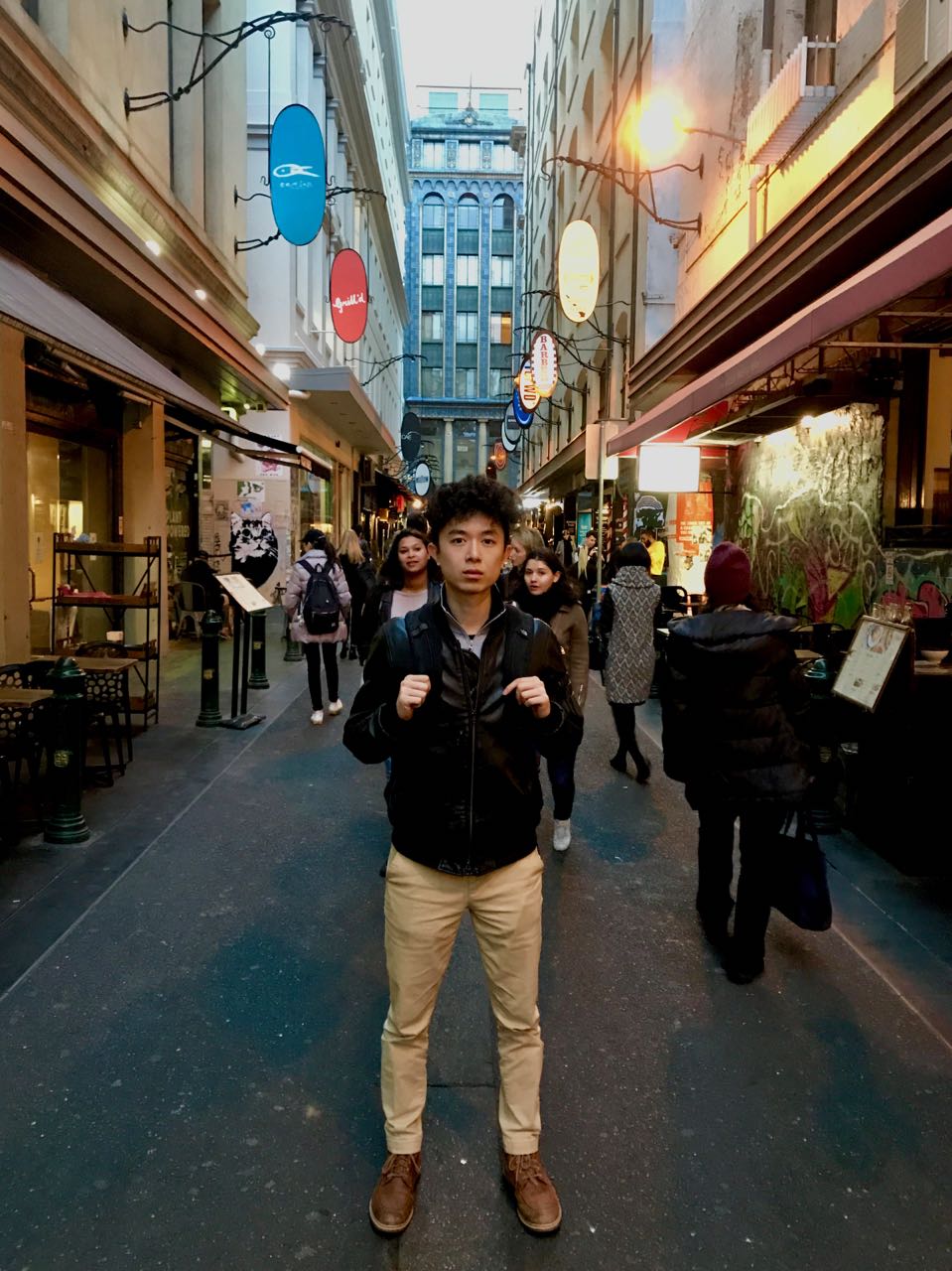 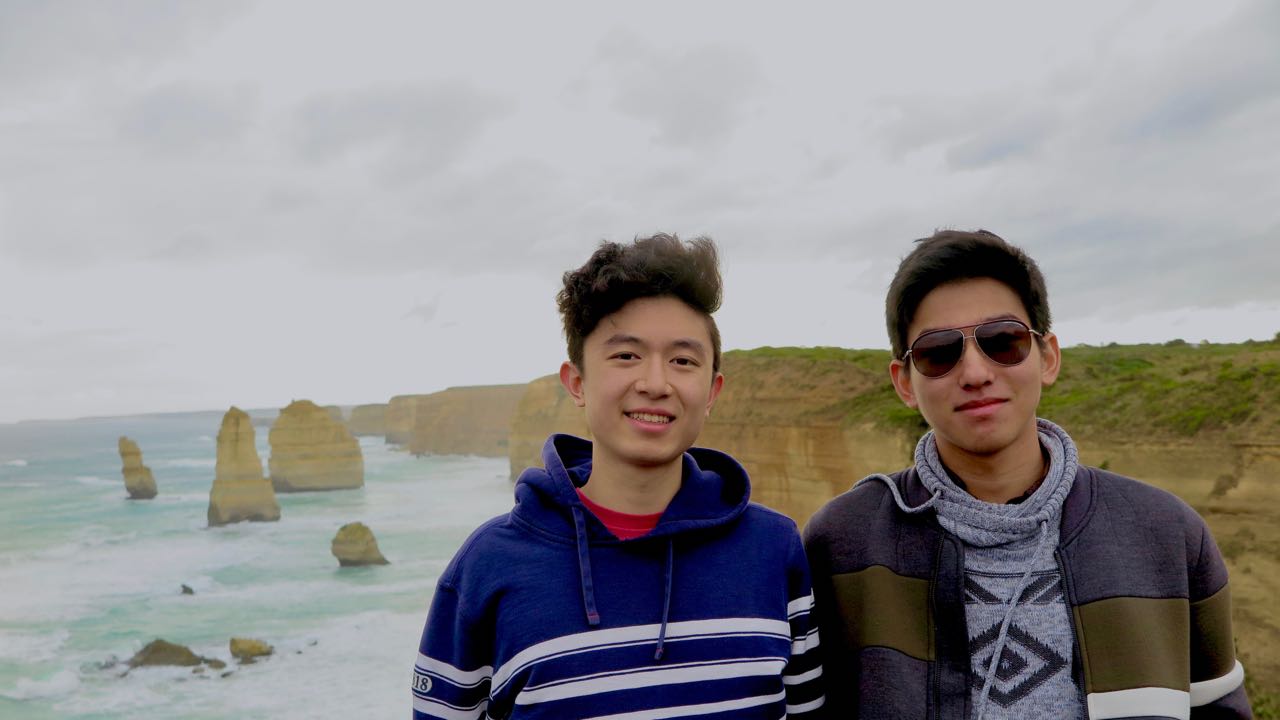 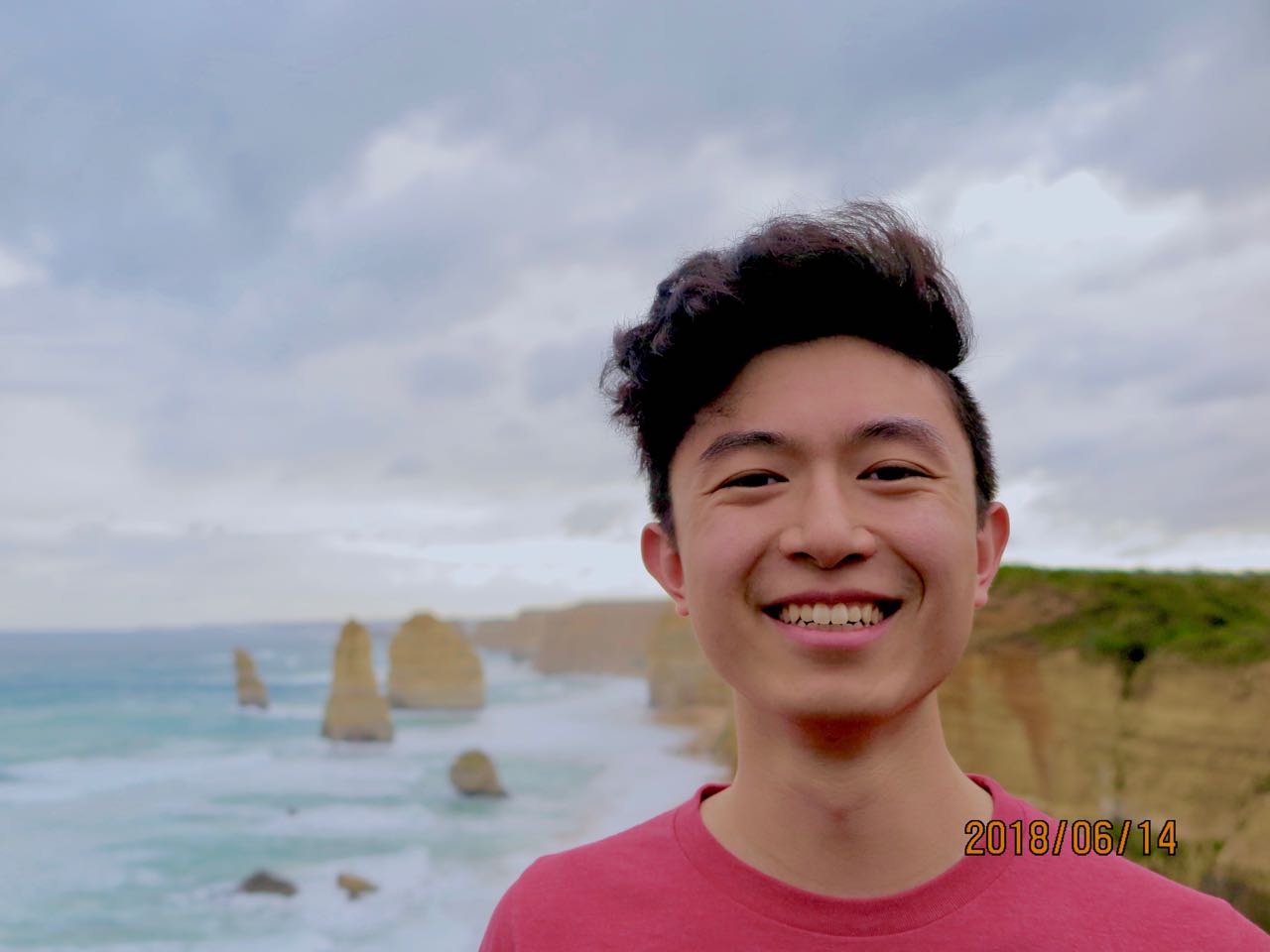 An alley in Melbourne, left; the Twelve Apostles, middle and right.

Sky Tower: In Auckland, June and I both bungee jumped off the Sky Tower, the highest building in Auckland at over 600 feet. I will admit that I’ve always been scared of heights and didn’t let go the first time I was told to jump. At first I thought I was definitely going to die but when I realized that the bungee cord was slowing me from full free-fall speed and thus was actually working, it was the craziest ten seconds. I felt pure bliss for the next minute after I landed. In hindsight, this wasn’t too crazy, but I had never even went on a legit roller coaster before and now I want to go skydiving.

Mount Victoria: At sunset, we took the ferry to Devonport and climbed up Mount Victoria (it was just a ten minute walk up a hill don’t be too impressed). The view was amazing though, with a mixture of the city skyline, ships in the bay, and the Rangitoto Volcano on the other side. This was my favorite view in the entire trip. 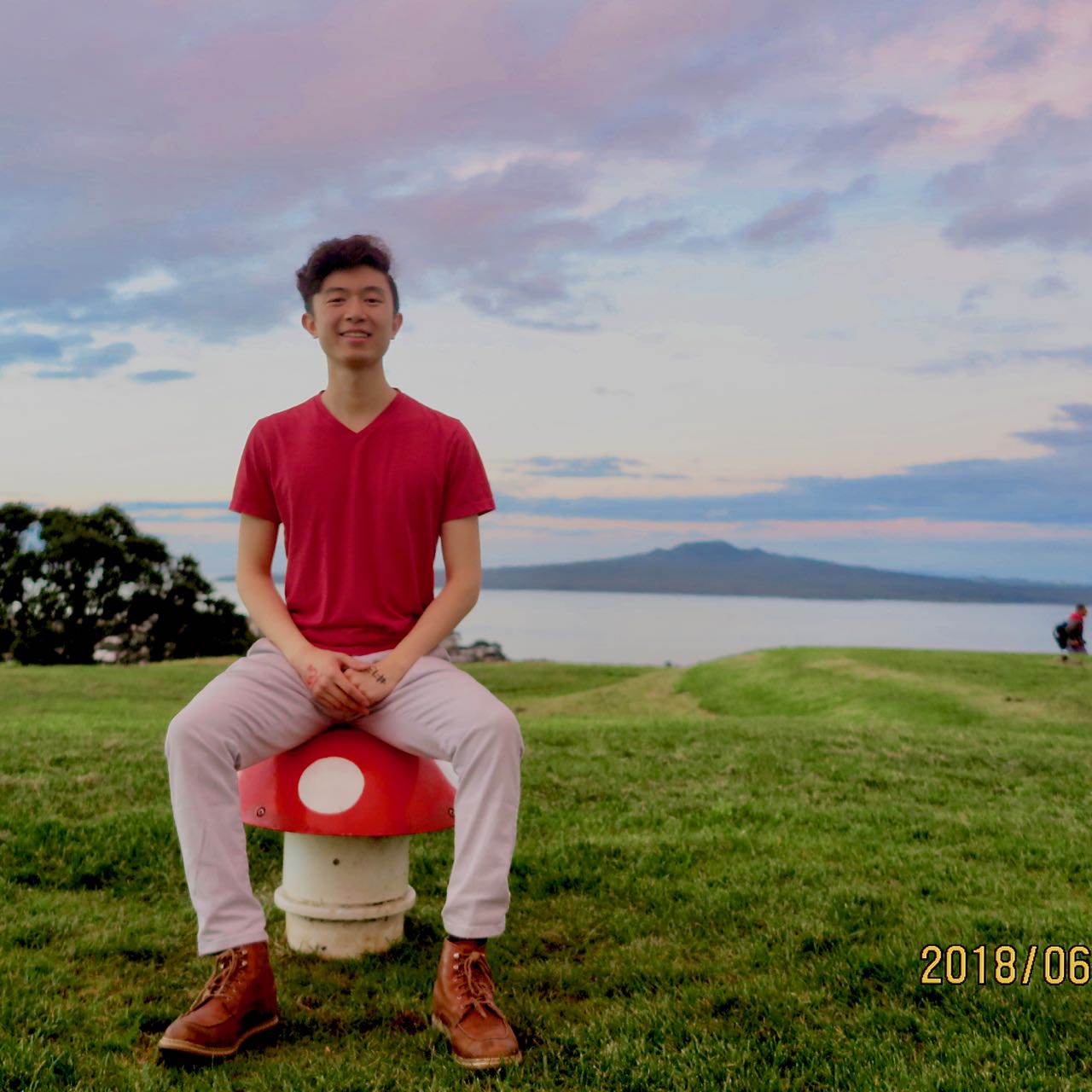 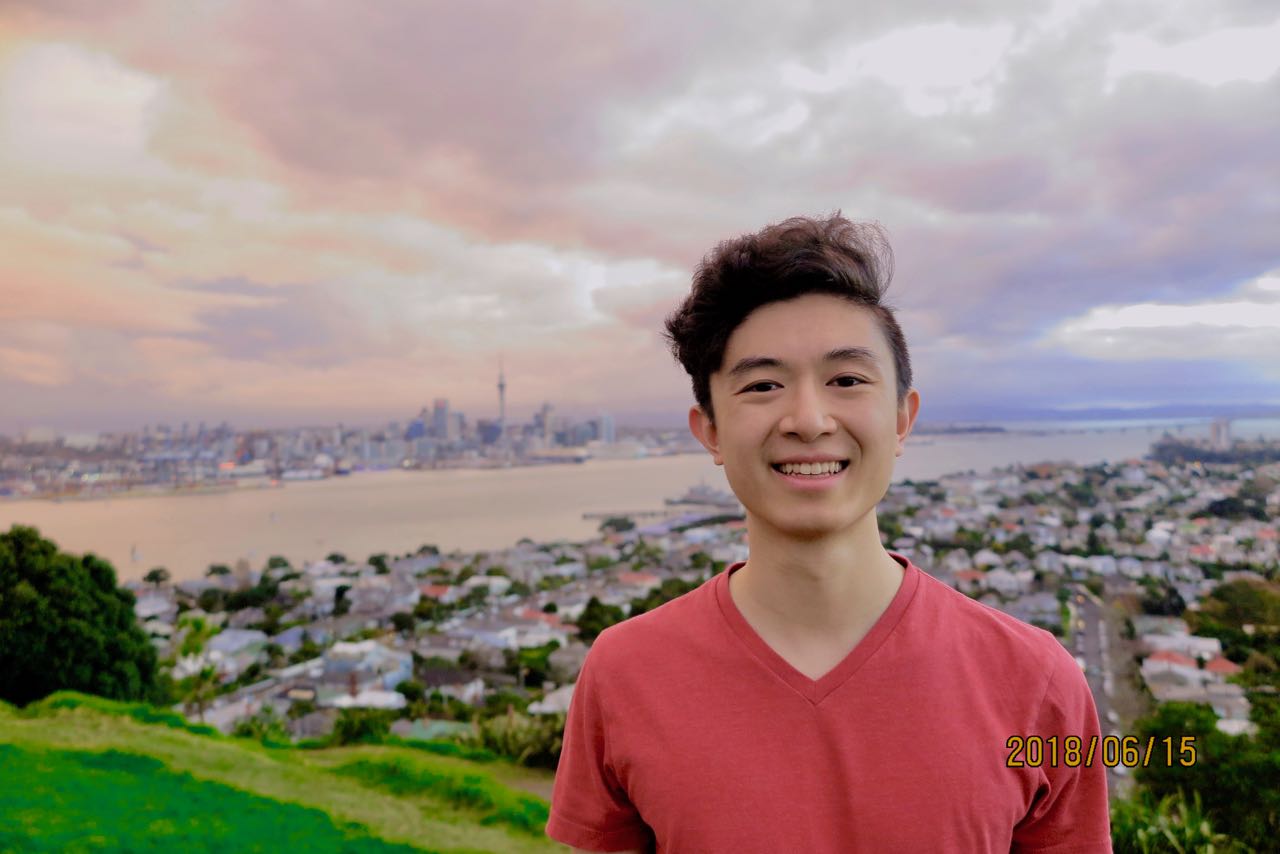 Views from Mount Victoria. You can see the sky tower in the background.

Polynesian Spa: Since going in the geothermal pools in Iceland, I have loved spas. Polynesian Spa is apparently one of the top ten spas in the world, and we spent an entire day there. The natural waters were great, and even better was the view onto the Lake Rotorura. I wish I lived near a spa.

Wai-o-tapu: Our second day in Rotorua, we visited Wai-o-tapu, a geothermal area known for its Champagne pool. It was a pretty unique area surrounded by the lush mountains of New Zealand, but I do have to say that the colors in pictures I saw online are much more saturated than the actual pool itself. We also took a short stop at Kuirau Park, which was only a couple of minutes from our airbnb. With the steam, wooden walkways, and branches sticking out of the water, it literally looked like hell. 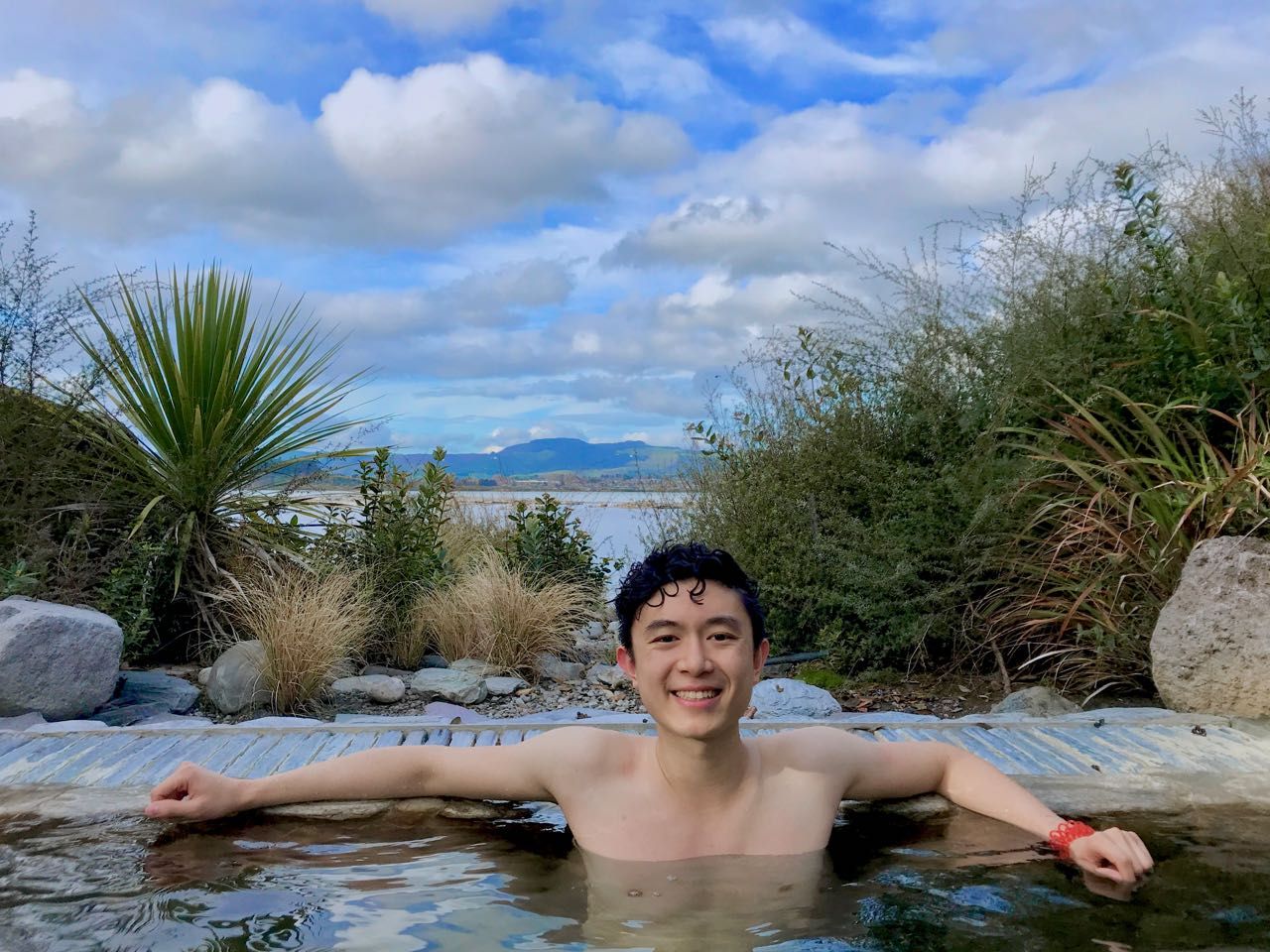 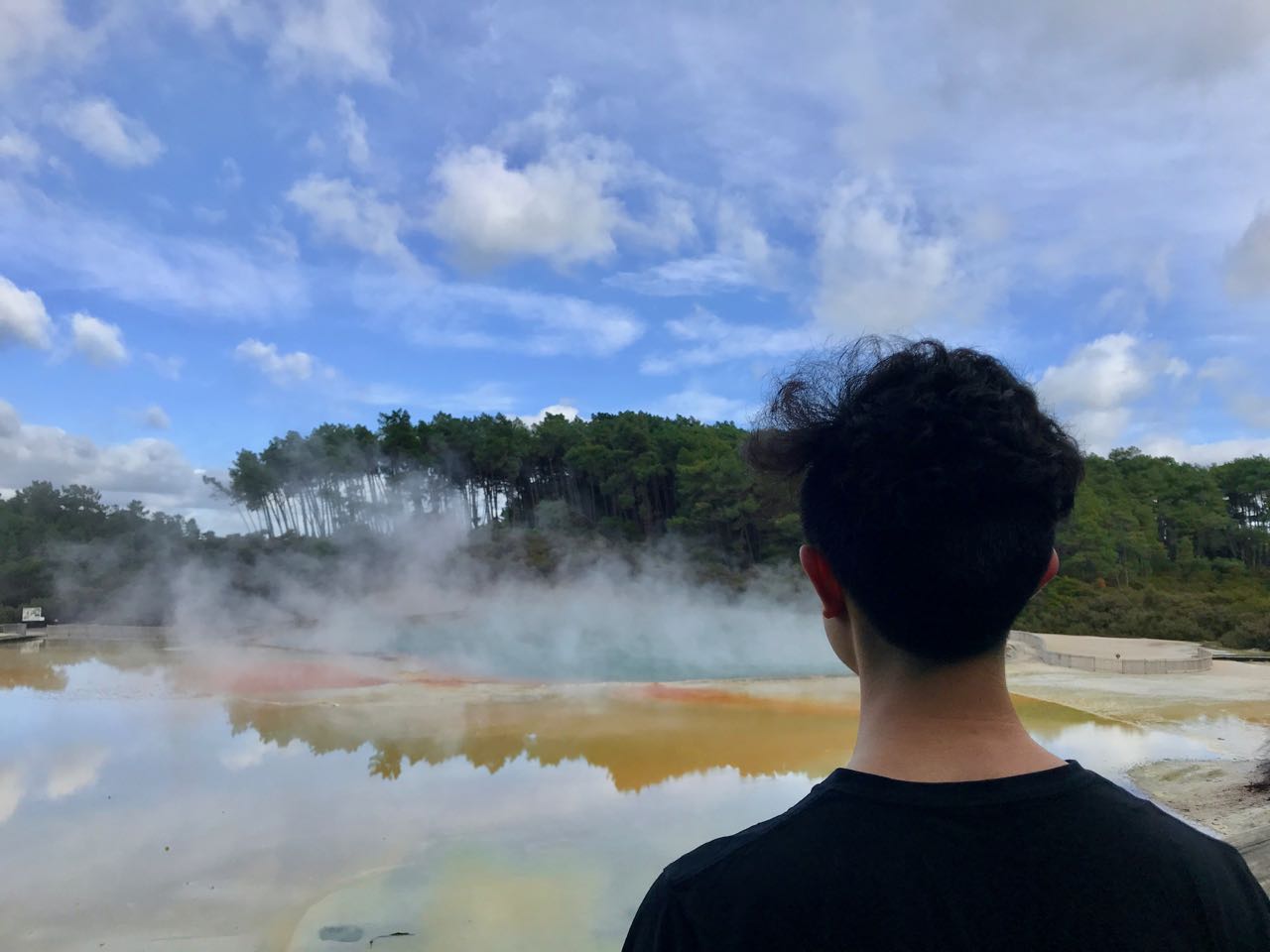 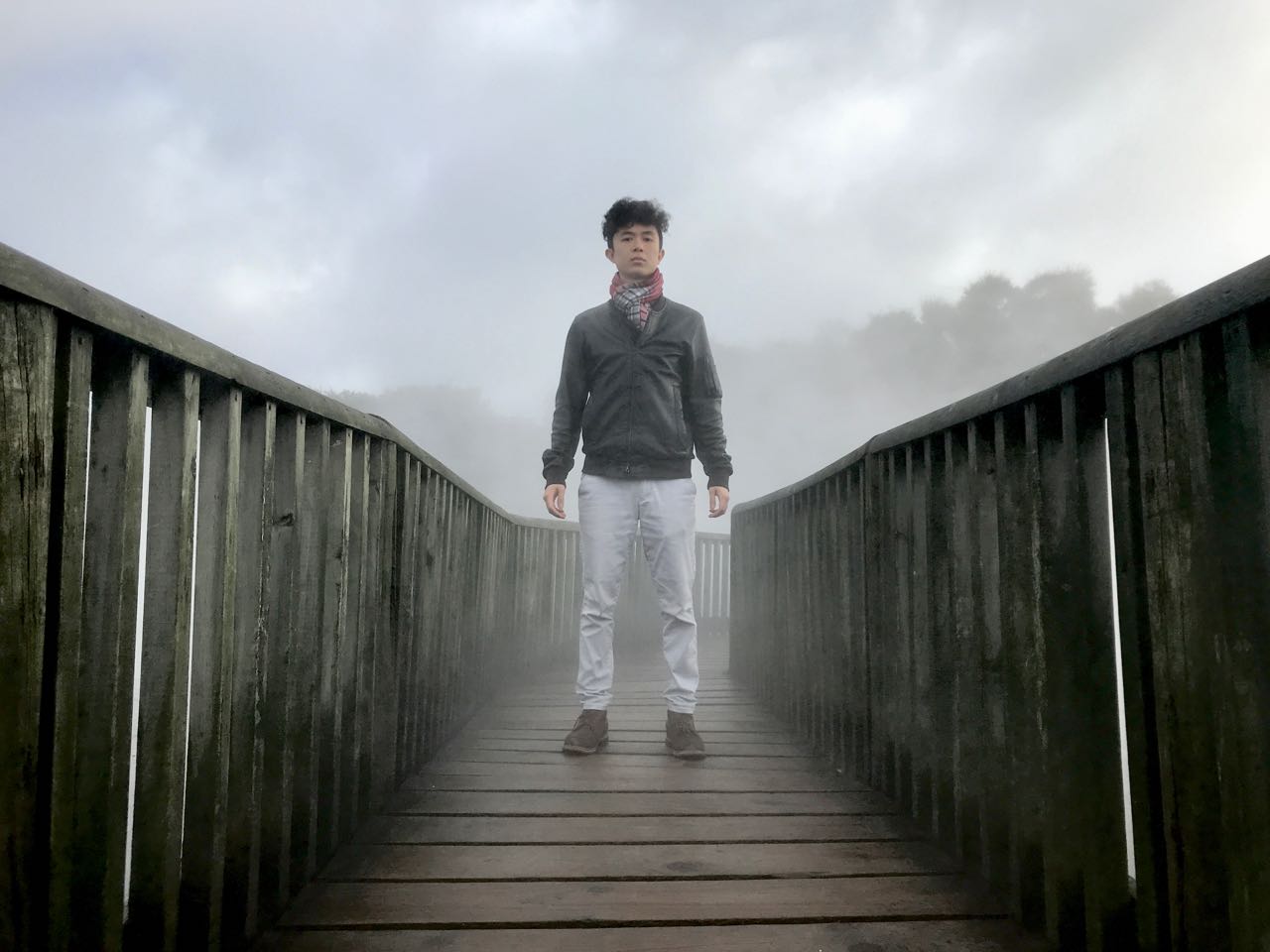 Overall, the trip was fun and the whole time it felt crazy that I was so far from home. We had some setbacks (two of our flights got canceled, and two delayed), so my lesson learned is that it’s probably a good idea to buy flight insurance, especially if the flight has many layovers with different airlines. The other thing is that I should bring an extra phone with me when traveling, since it turns out my iphone was not unlocked and then the new phone that I bought stopped reading the sim card after a day.

It was a lot of money for all the plane tickets and experiences. My friend Emma thinks I’m super cheap, and I do try to be frugal at home, but I ended up spending way more money than expected. Here’s the spread: