I went to Iceland with some Dartmouth friends from December 1 - December 9, 2017. We started at Reykjavik, drove down through the South to Vik then East to Hofn, and back to Reykjavik.

These are some of the pictures I took. Some of the thoughts I had during the trip: 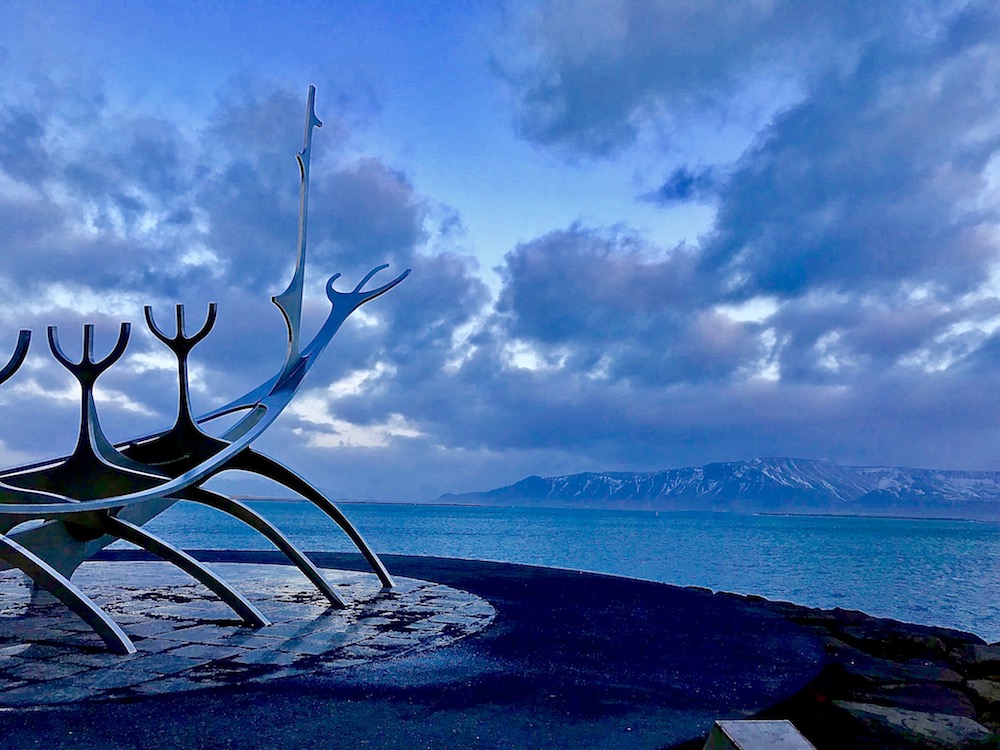 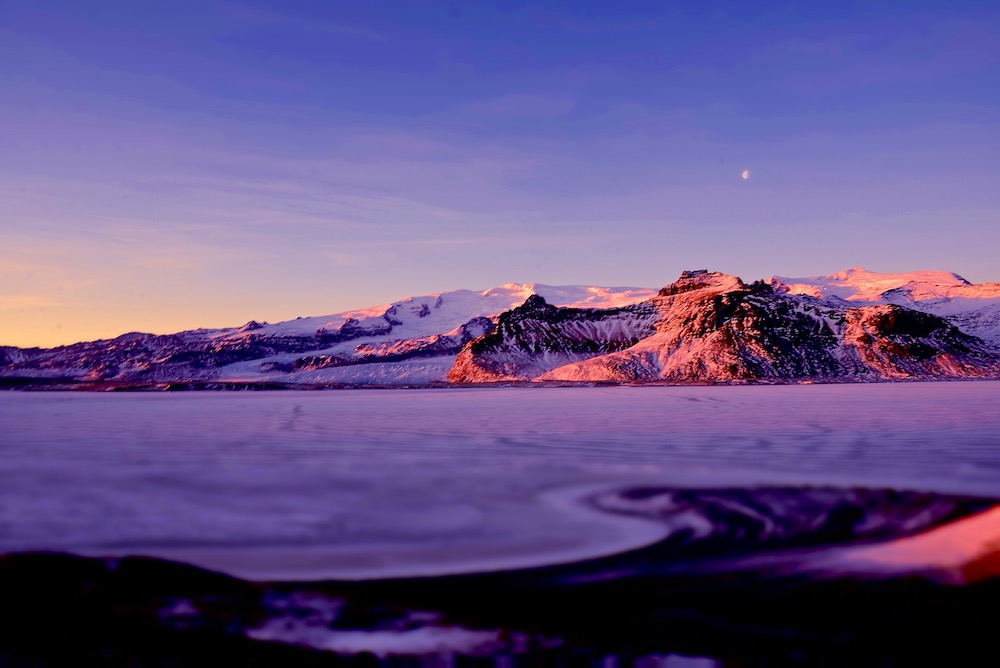 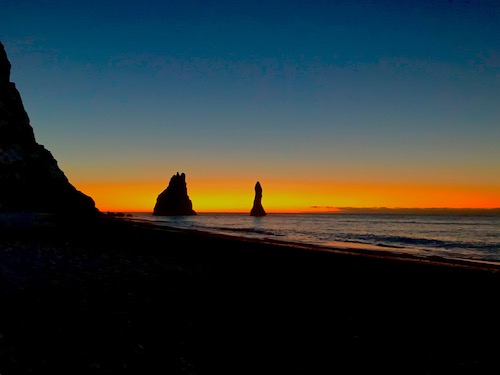 I got to try my hand at photography for the first time in one of the most photogenic countries in the world. At Iceland, every daylight hour was golden hour. Although I didn’t have any prior experience, Kevin and Michael, two experienced photographers, gave me advice, taught me how to use my camera, and answered my silly questions. Hopefully I came out with some decent pictures. (See the link above. Can you guess which ones are taken with my iPhone?)

One of the things I had a hard time reconciling with landscape photography, however, is that tens of people would visit the same place everyday and take a picture of the same thing with a fancy camera. So what’s the point of traveling all the way to Iceland to take a picture of the Northern Lights when I can just google one? The first reason I thought of was that perhaps each photographer wanted to take a picture better than all the others, but photography is subjective and there is certain to already be good pictures out there. Probably the better reason is that photographers enjoy the process of creating a work of art as much as the end result. I did indeed have more fun taking and editing photos than expected, but do not yet see photography in the same light (haha) as serious photographers. For now, I would describe my photography as “80 percent of the photo for 20 percent of the effort.”

Throughout the entire trip, I was consistently impressed with Kevin and Michael’s passion for photography. They woke up early to drive to destinations before sunrise, took pictures until sunset, camped out late at night in the cold to look for the Aurora, and did research every waking moment. If photography were surgery, Kevin and Michael would be world-class neurosurgeons.

A couple of days into the trip, we were driving through a storm (I was not the driver) and our SUV was blown off the road by strong winds. In Iceland, the roads are typically elevated on a small hill (maybe 7 feet tall and 30 degrees to the horizontal on average), so this meant that we busted one of our back tires and almost rolled over. Luckily no one was hurt, but had we been on a larger hill or a cliff, our car would have rolled over, causing certain damage to the car and likely serious injury to all of us. This was the second car accident I had been in due to winter weather, and I’m fortunate to still be alive. My takeaway from this is (1) I should avoid winter weather at all costs, and (2) drive slowly, because the marginal cost of risking your life due to driving aggressively is not worth the marginal benefit of getting to your destination a few minutes earlier.

Food was one of the most expensive parts of the trip. At first I was hesitant to shell out 18 dollars for a bowl of soup, but towards the end I had accepted that I would have to spend around 40 dollars on a meal at a restuarant. I learned that some costs were unavoidable given the nature of the trip, and that I should be willing to pay them on vacation, even if I’m typically frugal at school. During the trip, I lost a couple hundred of dollars in my stocks, which typically would have stressed me out, but after this trip my mindset is “that’s just two dinners in Iceland.”

Iceland was a lot of fun and definitely a worthwhile experience. My favorite landscape was Gullfoss waterfall, which is not only beautiful but also consumingly massive. However, I’m not planning on visiting again in the near future since its so expensive, at least not until I visit Europe, Singapore, Dubai, and New Zealand first, which will probably take a while.

The Gullfoss waterfall. It was too foggy for any proper pictures.

Thank you Kevin and Michael, both great friends and incredible photographers, for leading this trip. 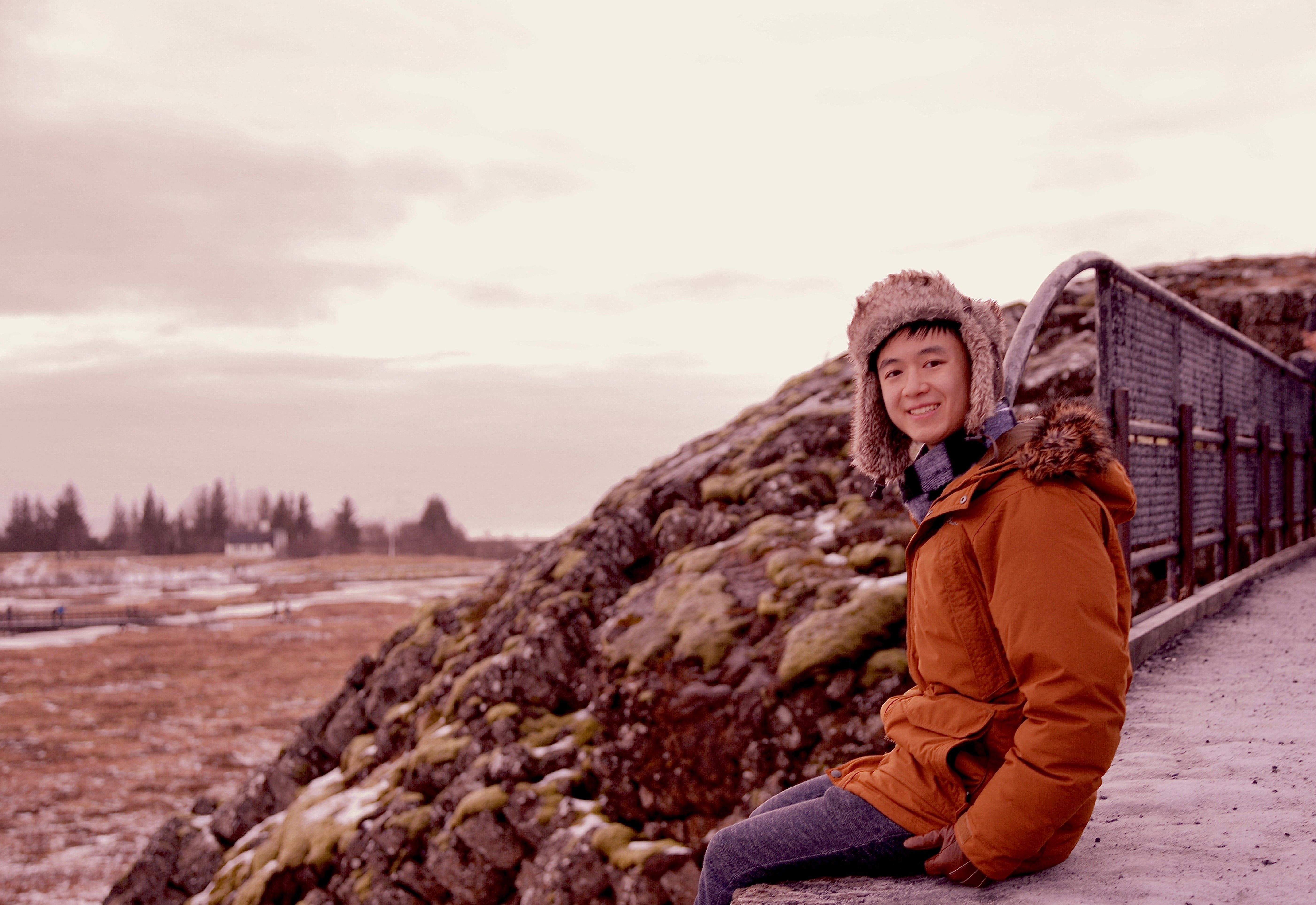